Nothing awakens the mind and body like a trip. Plunging a few days into a different lifestyle from yours helps to gain a broader view of the world. The open-mindedness of a trip is not only about admiring landscapes different from those we are used to, but we are completely immersed in the culture and historical traditions of the different regions. This concept also applies above all to the autochthonous food which guarantees us to enter in perfect adequacy with the daily habits of the visited place.

In the Sicilian gastronomic tradition, a place of honor certainly belongs to the Granita.

Arrived on the island thanks to the Arab domination, the Sicilian granita became over the centuries a true symbol of Sicily. Most importantly, it has become an irreplaceable ritual during the hot summer months.

This is the ultimate breakfast, but can be enjoyed at any other time of the day, but never at the end of a meal. It is a semi-frozen dessert, composed of different ingredients, such as cocoa, coffee, pistachio, almond, but especially fresh fruits like blackberries, peach, strawberry and lemon, mixed with sugar.

The procedure to obtain a creamy and dense mass that represents the characteristic of true Sicilian granita is to slowly mix all the ingredients, allowing it to freeze and being very careful never to let it freeze.

Almond granita is often added to cold coffee as a really tasty drink, but even a touch of cream on the granita is a must for gourmands. In the past, granita was served with fresh bread and, to this day, some people still like to taste the old-fashioned granita, even if the hot bread has been replaced for the most part by the delicious "brioscia" which is not not just a briosce, but it's really "brioscia" the one with the "tuppo" that makes the hat. The brioscia is made of a mixture of shiny eggs on the outside and very soft on the inside, perfect to be eaten with ice cream.

The origins of the Granita

To return to the origins of this specialty, we must return to Arab domination in Sicily (827-1091). The Arabs ate the "Sherbet", an ice-cold drink flavored with rose water.

Later, in the Middle Ages, Sicilians changed the recipe of the sorbet, discovering that they could use snow, mixed with sea salt as refrigeration. The snow, which accumulated on Mount Etna in winter and on the peaks of the Peloritani and Iblei mountains, was collected and stored in a special "neviere", natural caves to keep the temperature cool.

The snow, so preserved, turned into ice and during the summer, it was collected and scraped layers of ice formed and added salt to keep the temperature low. A well was then created, in which a wooden vat was placed and inside the vat, a steel or zinc receptacle, and a crank was added in order to whip the granite by rotating it continously.

For the most affluent classes, there were "neviere houses" used only for domestic and private purposes. Due to the summer, snow accumulated in natural ravines of private properties or in particularly cool places to restore heat and keep it longer, then to be used for the production of ice cream and sorbets, pouring lemon juice, fruit syrups and flowers.

Even today, on certain mountains areas, you can admire the wells finished with bricks or stones. More specifically, the snow trade was very flourishing on Etna until the appearance of the first industrial machines cames up for the production of ice and, subsequently, domestic refrigerators.

Indeed, the snow of Etna has reached the warm Mediterranean summers to the extreme south of the peninsula. Among the most famous "nevieres" used for this purpose, we find the "Cave del Case del Vescovo" in the municipality of Zafferana Etnea and the "Grotta della Neve or dei Ladroni" which is located in the municipality of Sant 'Alfio.

At St. Petersburg's hermitage, one of the most important art and antiquity museums in the world, there is a painting of this last cavity, by J. Houel, entitled "Grotte à la neige", which represents the main hall, below one of the entrances to the cavity with men about to carry large, appropriately insulated ice blocks with leaves and burlap sacks.

On Mount Etna, there are several lava-flow caves (Grotta del Gelo, Grotta della Neve, Grotta Corruccio, Serracozzo Cave, Cave of the Three Levels, Cave of Palombe, etc.) formed by the rise of lava. In practice, it happens that the superficial part of the lava channel cools more rapidly in contact with the air and is able to form a solid crust which does not prevent, inside the latter, the flow of the lava channel.

Once the effusive mouths stop feeding, the residual liquid continues its way, leaving the lava tube created gradually empty. Today, the caves are known almost exclusively by some lovers of our volcano, hikers and cavers; they have been taking care of their preservation for several years, promoting cultural and protection initiatives.

The volcanic caves of Mount Etna are extraordinary monuments of nature, closely linked to the history of the eruptions that have always generated them, and are an integral part of the volcanic surface landscape, and therefore as much to the function of this "neviere" which were necessary for the snow and ice market that saw the protagonist Etna.

Do not wait to try it!

Talking about the granita, there is not a single bar on the whole island that is not equipped with it during the summer months. The bar in Sicily has always been a place of meeting and socialization. In summer, the cult of granita in good company is the equivalent of a coffee in company.

To understand the importance of Sicilian granitas, it is enough to think that each year there are different festivals dedicated throughout Sicily.

The  granita of Catania, which certainly reflects a traditional recipe closer to the original recipe, is characterized by the variety of flavors and craftsmanship.

One of the most popular flavors is certainly the pistachio, a fruit native to Bronte, a town in Etna also known as "Pistachio Eden", which is the main growing area with over 80% of the surface as cultivation area.The Green Gold, as it is called "Pistacchio Verde di Bronte DOP", was obtained in 2009 under the Protected Designation of Origin. It follows the almond granita (on which is poured a hot coffee) and fruit aromas: lemon, blackberries, peach, strawberry.

In the end, if you are in Sicily, and especially in the region of Etna, you can not miss a real Sicilian Granita accompanied by a scented brioche, which will make you dive into the history and traditions of this island. 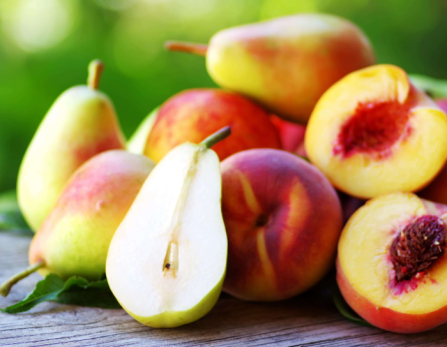 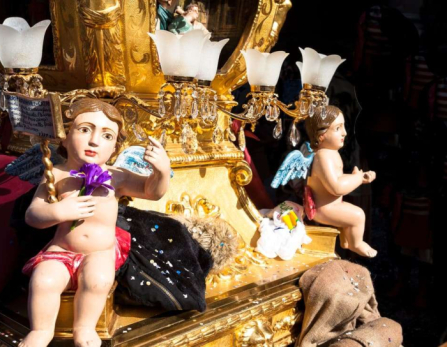 Events
The festival of Sant'Agata 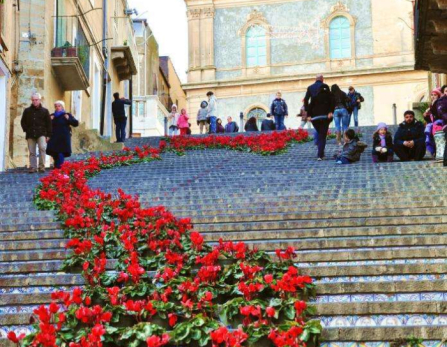