Following the volcanic tremor that had begun to increase in the late evening of May 29th, two small eruptive fractures began immediately, just below the Southeast crater, which feed a modest Strombolian activity. Strombolian activity takes its name from the Stromboli volcano and is the most common explosive activity on Etna It Consists in the expulsion of shreds of incandescent magma (bombs, lapilli and ashes) up to heights from a few to hundreds of meters.

Therefore two little lava flows emerge at the moment, which have flown a few hundred meters in the summit area of ​​the volcano and which do not endanger neither the habited areas nor the population. The Institute of Geophysics and Volcanology of Catania announced that the event was recorded at 05.37 am.

According to the volcanologists, two fractures: "one on the north-eastern side of the new South-East crater, the other on the south-southeast base of the same crater" On 29 May, at 16.22 an earthquake was recorded with its epicenter in Zafferana-Etnea, magnitude 2.8 at 5 km depth.

Experts argue that there is not necessarily a correlation between the two events, although the population after the last earthquake in December 2018 is still very sensitive. In reference to that event, the eruption of tonight does not come out of the fracture that was created precisely in December 2018, but a few tens of meters further west.

We are at a height of around 2900/3000 m above the sea level. It must be said that we are talking about the biggest active volcano in Europe and that these phenomena such as earthquakes or eruptions are normal. The volcanic tremor at the moment shows a slight decrease but it always remains on medium-high values ​​and even if a cloud of ash forced the closure of two sectors of the Catania airport, the Fontanarossa airport remains open.

The situation is constantly monitored by the INGV. Eugenio Privitera, the director of the Institute of Geophysics and Volcanology of Catania explains that "we are starting a new eruptive phase of Etna, which could end soon or last for months. The phenomena are all confined to the summit area of ​​the volcano and do not constitute a danger for habited centers and people, but the flow of tourists in the area must be controlled for their safety »

Following this new eruption an order was issued by the mayor of Nicolosi, which limits access to the summit area and in particular to that affected by eruptive phenomena.

Specifically, the excursion is allowed to everyone up to 2500 meters without guide and from 2500 meters to an altitude of 2800 meters only if accompanied by an Alpine volcanologist guide. It also specifies that it is absolutely forbidden to access over an altitude of 2800 above sea level. We enjoy the show and follow the development of our volcano. And since we are talking about a beautiful show, why not go and observe the lava? This phenomenon could last only for a short period. So, if you're in Sicily right now don't miss this chance with Etna3340.

New Etna eruption, how to observe the Lava

Here is the itinerary to see this eruptive activity: with the guide you take the cable car, on the southern slope of Etna, to reach 2500 meters of altitude.

As already mentioned, the authorized safety limit is 2800 meters above sea level. We will reach this altitude on foot, there are 300 meters ascent, to observe the volcanic activity accompanied by a volcanologist guide.

The itinerary also includes a visit to the still hot crater of the 2001 eruption. The descent from 2800 m to 2000 m can be done on foot. In this case the excursion is about 6-8 km.

So what are you waiting for? Book here: 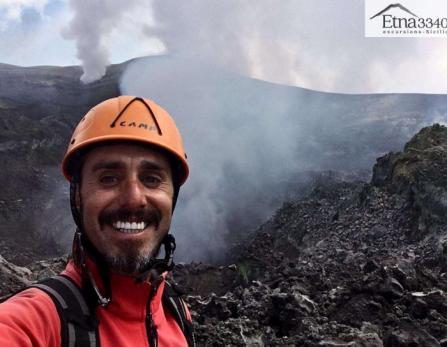 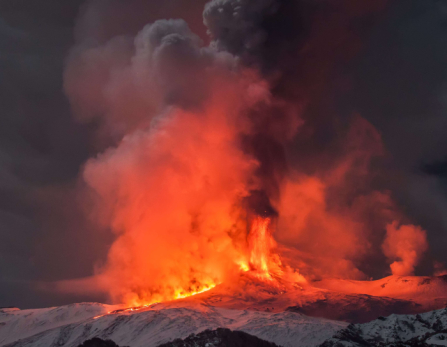